It’s not that easy. It is not an easy thing to find retrospective ideas for distributed teams.

Get out of the everyday life

As a Scrum Master and psychologist, I love retrospective ideas for distributed teams that get team members out of the daily routines. That let them look at things from a different angle.

The first retrospective idea for distributed teams is probably best to use as check-in. A check-in that focuses on the fun factor. And that encourages reflection and thought.

Probably some of you know the fun game: Taboo.

The principle is simple. A person from the team – for example Max – explains a term orally. The rest of the team has to guess which term Max is explaining.

For each correctly guessed term the team gets one point. You could also divide the team into two sub-teams, which compete against each other.

The difficulty here is that Max is not allowed to use certain other terms that are closely related to the word.

For example, Max should explain the word “sprint”. But he is not allowed to use the following words: 2 weeks, scrum, daily, 100m, fast…

If he would use any of these words in his explanation – ups! Then the team does not receive a point and Max has to explain the next word.

This is how I would design the retrospective idea for distributed teams.

The terms can be relatively broad, dealing with the context of teams. Or they can refer to “softer” factors such as communication or failure culture. Depending on what was most noticeable in the last sprint.

I have listed 10 ideas for you here – from the areas “Sprint” and “Meta-Topics”.

Before the colon is the term that needs to be explained. Behind the colon are the words that must not be used in the explanation. You are also welcome to add some!

It is recommended that you think about terms that fit your team and the last sprint.

At best, you can send them to the person privately via chat.

Alternatively, you can ask everyone to look away or to participate via audio only while showing it via video. During this time you could then start with the explanation.

If you have formed two teams, it would of course be sufficient if only one half turns off its video function or takes the screen out of sight.

You as Scrum Master are responsible for stopping the time, for example 40 seconds, during which a person is allowed to explain the terms.

You also have to check if the person is not using the wrong terms during those 40 seconds.

By the way, if you are more concerned with the fun factor and less with reflecting on the right terms…

You can also simply use ready-made terms. Online Taboo can be played for example via this link. You would then only have to share your screen with the corresponding person or team.

Let’s get to the next retrospective idea for distributed teams.

Before we do so, one simple hack: you can jump into Echometer retrospective tool without login and have a look at their retrospective ideas for free. You can even do your online retros in there – it is a great tool, feel free to have a look:

Why not use what is already existing? There are countless tools that can help you find and perform retrospective ideas for distributed teams. That’s what they are designed for. And many of them are free.

I’m thinking of Retrium and Funretro, for example. My personal favorite is clear.

Because… Since I had the strong feeling that you can get much more out of Retro Tools, I teamed up with a software developer and business guy. And together we developed our own retrospective tool.

It is called Echometer. The focus of the tool is to help you conduct interactive, fun retrospectives, that are also supported from a psychological perspective. The tool is also designed to help you measure your successes of your team development better.

And save time at the same time. If you want to use the Echometer tool, see below.

This is what it looks like to open a retrospective: Simply click on the button right here below and invite your team – no login required 🙂 As you can see, it even gives you the option to choose from different retrospective ideas:

The next of the retrospective ideas for distributed teams will really stimulate creativity. And will certainly provide a laugh or two.

It is also particularly suitable for a fun online check-in to invite your team to a creative session. I am talking about Black Stories.

What are black stories?

Black stories are “yes-no puzzles”. One must guess as a group – on the basis of minimal information – what happened. And typically… something terrible has happened. Which is why it’s called Black Story.

The only thing you can do to find out what happend, is to ask “yes-no questions”.

An example of a Black Story: a diver lies dead in his office. What happened?

Again, the best thing to do is to adapt this to your everyday life. Here are four ideas which Black Stories you could use remotely and in an office context.

I recommend the following procedure to make the best use of a Blackstories for your retrospective for distributed teams.

Anyone on the team can ask a yes-no question. For example: Did the whole thing happen at night?

If the answer is no, it’s the next person in the round to ask a question.

You as the facilitator are usually the only one who knows the right answer.

Theoretically, you could also form two teams and virtually compete against each other (with two different Black Stories). Whoever solves a puzzle first – or with fewer questions – wins.

The advantage of two teams: Usually you also have a lot of fun just listening to how the current solution hypotheses of the opposing team go into the wrong direction…

You can end the game when you have guessed the term. Or, for the purposes of time boxing: you can only ask 10 questions in all.

Then the team has to come up with a clever question strategy – always a good exercise.

Or you can specify that the game only lasts 10 minutes in total.

The nice thing about the game is that you can also play it with a lot of players or in large groups.

It is not so easy to find retrospective ideas for distributed teams. With the three different approaches here I hope I met your taste!

By the way, as a psychologist I have published a free eBook on a very similar topic: “12 retrospective ideas from psychology“.

Some of them can undoubtedly be done remotely, too.

In it I have explained and presented many workshops from the field of psychology in order to develop successful and less successful teams in a highly targeted way. You can find more information and the download of it following this link.

PrevPreviousThe “Start, Stop, Continue” Retro – why it sucks and what you should do instead
Next4 fun & interactive retrospective ideas for remote teamsNext 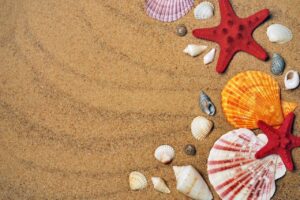 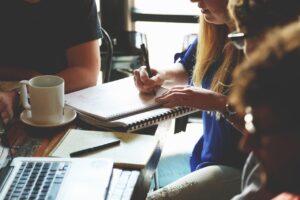 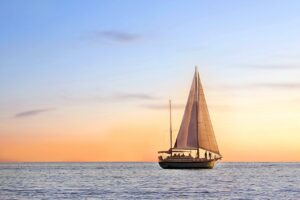